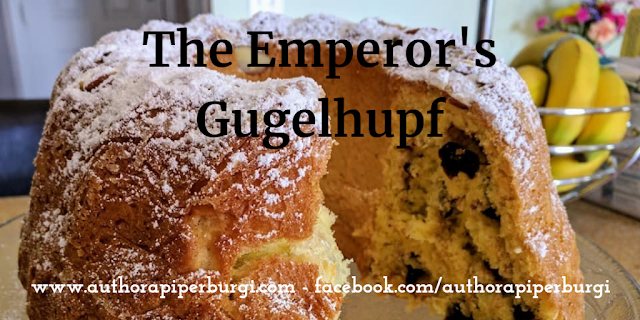 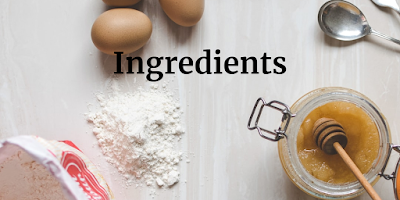 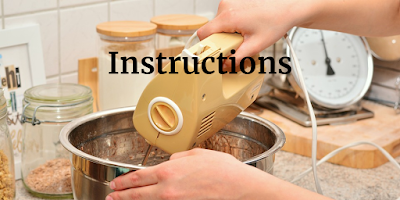 - Heat milk in a small saucepan until lukewarm.
- Pour the lukewarm milk into a bowl, add yeast and stir until it dissolves. Add 1/3 of the flour to the yeast mixture and mix well. Cover bowl with a kitchen towel and let it rest in a warm place.
- In the meantime, whisk butter and sugar until creamy. Add egg yolks and whisk for an additional minute.
- Then add a pinch of salt, lemon zest, and the remaining flour to the mixture. Knead the dough until it is smooth. If the dough is still sticky add a bit more flour.
- Cover the dough with a kitchen towel and let it rise for 30 minutes in a warm place.
- Butter and flour your Gugelhupf pan, and sprinkle the bottom of the cake pan with the almond slices.
- Take the rested dough out of the bowl and knead it on a well-floured surface.
- Roll the dough into a square, approx. 2 cm thick. Sprinkle it with the raisins and cinnamon. Roll the dough square up and place the dough roll into the cake pan.
- Brush the surface of the cake with melted butter. Cover the pan with a kitchen towel, and let it rest for about an hour or until the dough has risen to the edge of the cake pan.
- Preheat the oven to 355 degrees Fahrenheit.
- Bake Gugelhupf for 20 to 25 minutes. After the first 10 minutes of baking time, check your cake. If the top has already turned golden brown, cover it with aluminum foil.
- Let the cake cool for 15 minutes, then remove from the pan and sprinkle the top with powdered sugar.