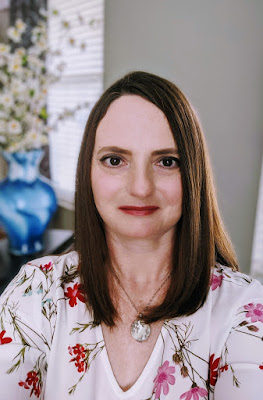 My grandmother used to say: “As long as I have a good book to read, I will be at peace.” I feel the same way. I love books. I love to read them, and I love to write them. I find there’s nothing more exhilarating than to immerse myself in a story and with it the opportunity to see a whole new world.

I suppose I should have known from the beginning that I want to be a writer. I come from a long line of storytellers. I’ve always been an avid reader since I first learned how to read, and as a child I spent a great many hours alone wholly absorbed in my own imaginings.

I began writing in my spare time shortly after my mother had suddenly passed away. Just a few months prior she had asked for my help to get her memoirs published, but neither one of us had any idea where to begin. As I worked hard to keep my promise to my late mother, I needed to create some balance between the sad memories of my mother's passing and my active lifestyle. And I found that when writing my stories. Before I knew it, I was entirely consumed by this new pastime.

Suddenly, I couldn’t wait to get home, to my corner on the sofa with the laptop computer in my lap (I know, it’s such a cliché), and write. I often had some new idea for a scene, a character or a piece of dialogue popping into my head while at the grocery store, running an errand, or out for dinner, and I’d run back home, worried that I might lose the idea before I got a chance to write it down.

Thrilled and invigorated by this early part of the publishing process, I kept going. Writing became an indulgence for weeknights and weekends and so much more. Four years and four published non-fiction books later, including the canine health book LIVING WITH CANINE EPILEPSY, I realized that there was more to writing and publishing. So, based on my love of history, I began writing my first historical fiction mystery IN THE SHADOW OF HER MAJESTY in 2015, which went on to win the Firebird Book Award {category: mystery} in 2021.

My second historical fiction novel, THE COUNTRY GIRL EMPRESS, set in the vibrant and captivating period of 19th century Austria, which always held a special place in my heart, went on to win the 2021 Firebird Book Award [category: historical fiction], and was told from a fresh point of view. My protagonist, Empress Elisabeth of Austria, better known as Sisi, was a woman who had a front-row seat to history.

My newest novels, A LIFE IN THE SHADOW OF THE CROWN (2022 Firebird book award winner), THE PERPETUAL TRAVELER (2022 Firebird book award winner), and EXCERPTS FROM THE IMPERIAL DIARY pick up where THE COUNTRY GIRL EMPRESS left off. The fifth, sixth, and seventh book in the series,  AT THE CASTLE OF DREAMS, LOVE, POWER, AND THE EMPEROR WATLZ, and THE EMPRESS'S DIADEM were just recently published. Sisi is one of history’s most fascinating women, and the beloved Empress deserves to have her story continue. What further tragedies will she have to endure? Will the icy atmosphere at the glamorous Hofburg Palace, the almost inhumane protocol, and the constant rules prove too much to bear for the Empress?

I sincerely hope you enjoy reading my books as much as I have fun writing them.


Or if you prefer it a bit more formal:

Piper began her writing career shortly after her mother passed away unexpectedly. Just a few months prior she had asked for Piper's help to get her memoirs published, but neither had any idea where to begin. As Piper worked hard to keep her promise to her late mother, she found, she needed some balance between the sad memories of her mother's passing and her active lifestyle. She found that by writing her own stories.

A lifelong student, lover of history, and member of the Historical Novel Society, Mrs. Burgi was always and still is fascinated with historical events. She grew up with stories about the most beautiful and fascinating Empress Elisabeth of Austria, and remembers all too well, the first time she heard of the English King Henry VIII and his six wives in high school. In 2011, after she picked up a few books about the iconic Henry and his many wives on a whim, she was hooked once again. This simple step reignited her love of history, and she has not stopped learning ever since.

In addition to her fourteen current books, Piper also has over 700 articles and blog posts published online, as well as in the German Women’s Magazine Mach Mal Pause, which roughly translates to Take a Break. As an animal rights advocate, she fosters dogs and puppies and supports various animal rescue organizations. Her great affinity for animals and nature led her to write and publish the canine health book LIVING WITH CANINE EPILEPSY in November 2015 to help raise canine epilepsy awareness - a cause near and dear to her heart. When she is not busy chasing after her three dogs or holding on tightly to a good cup of coffee, she can be found typing away on her computer.