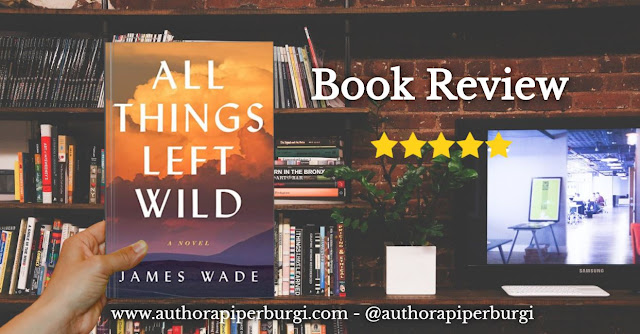 This intense yet spellbinding debut novel by James Wade follows the story of teenaged Caleb Bentley and his mean-spirited older brother, Shelby. Shifting between the viewpoints of a teenage boy and an older man, this story spans the historic southwest United States around the turn of the last century.

Caleb and Shelby are on the run after stealing horses, killing young Henry Dawson in the process. Pushed by his wife to seek vengeance for their son's untimely death, Henry's father, Randall Dawson, pursues the Bentley brothers. But rich, scholarly Mr. Dawson, out of place in this rugged and violent part of the country, is utterly unsuited for a mission of revenge.

With little survival sense, Randall, fortunately, meets Charlotte Washington, a single-minded female gunslinger, intimately familiar with the deadly ways of the Wild West. They are joined by Dawson's ranch hand, Tadpole, and an orphaned boy they find in a deserted town. Together they traverse the dark side of vigilante justice.

Meanwhile, the Bentleys grudgingly join a band of outlaws led by a charismatic but unstable ex-Ranger called Grimes. As the two groups draw closer to each other for a gory climax, Mr. Dawson finds the courage he never knew he had.

The author took a traditional western and infused it with sharp writing, strong charismatic characters, and a picturesque backdrop of the landscape. Mr. Wade's skilled storytelling created an unsettling and suspenseful examination of good vs. evil as well as an emotional character study on the results of trauma. ALL THINGS LEFT WILD is filled with many magnetic lines that speak so much truth, they will make you ponder long after the last page. I highly recommend this unapologetic and compelling novel!

by A. Piper Burgi
Piper is the author of several non-fiction books, and recently added five historical fiction novels to her ever-expanding collection of published writings, In the Shadow of Her Majesty, The Country Girl Empress, A Life in the Shadow of the Crown, The Perpetual Traveler, and Excerpts from the Imperial Diary. When she isn't busy typing on her computer, she can be found chasing after her furry children or holding on tightly to a good cup of coffee. Follow her on LinkedIn, Facebook, Instagram, and Goodreads.
Don't forget to share this post! Choose your platform below: