My Musings on Writing Historical Fiction 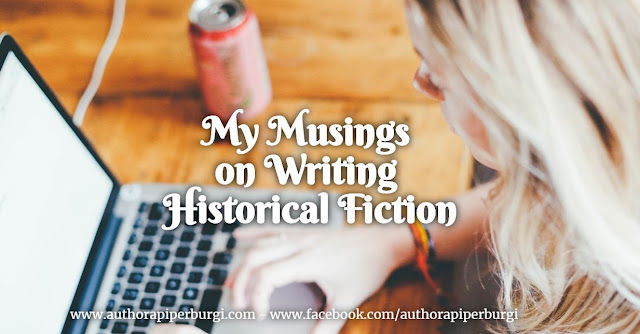 When I began to write, I focused on non-fiction, military lifestyle, and canine health to be more precise. Four years into publishing, I added my debut novel IN THE SHADOW OF HER MAJESTY,  a Tudor whodunit, to my expanding collection of scribbles. Set in 16th century England, it seeks to solve the circumstances of Lady Amy Dudley's untimely death. What is it about historical fiction that makes it so charming? And what ensures its continuing popularity? I had, after all, up until just recently, written nothing but non-fiction.  I will gladly admit that I’ve always been a bit of a history buff and enjoy researching different eras and cultures. But my love of this genre goes well beyond that.

My debut novel is set in Tudor England. I was quite enamored with the drama and formality of it, and intrigued by this historic "unsolved murder case". I also liked the fact that although the political situation seemed so far removed from our own, it was still relevant. Some things just haven't changed all that much. My most recent work is set in 19th century Vienna, spanning the years 1837 to 1898. Yes, the series will come to an end just before World War I. Did I just give away the ending? Not really, since the destiny of such a prominent historical figure, such as Empress Elisabeth of Austria (affectionately referred to as "Sisi"), can be easily researched.

Piper is the author of several non-fiction books, and recently added five historical fiction novels to her ever-expanding collection of published writings, In the Shadow of Her Majesty, The Country Girl Empress, A Life in the Shadow of the Crown, The Perpetual Traveler, and Excerpts from the Imperial Diary. When she isn't busy typing on her computer, she can be found chasing after her furry children or holding on tightly to a good cup of coffee. Follow her on LinkedIn, Facebook, and Goodreads.
Don't forget to share this post! Choose your platform below: