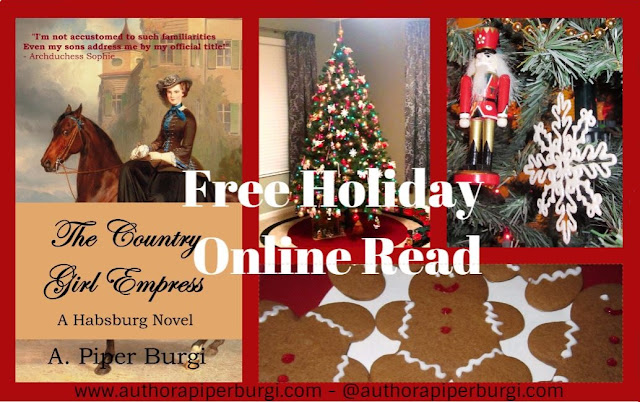 Since it is the holiday season, I thought I would provide my readers with a special holiday treat...a free holiday online read of a Christmas related chapter of my newest book THE COUNTRY GIRL EMPRESS. Enjoy!