A Sneak Peek at The Country Girl Empress 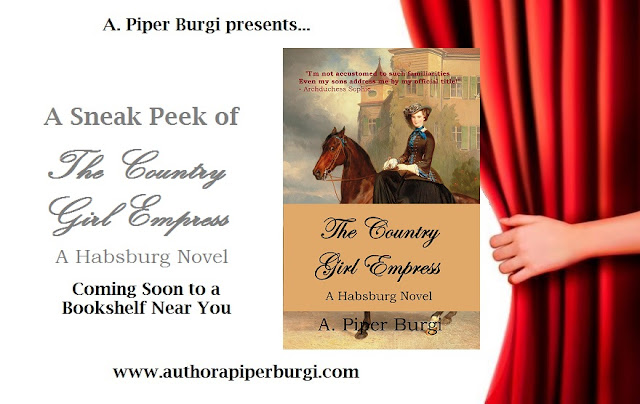 As most of my readers know by now, I've been diligently working on my next historical fiction piece for some time, and I can well imagine that many of you wouldn't mind a sneak peek. Well, you won't have to wait any longer. Here it is....enjoy!


Can't get enough? The Country Girl Empress is coming soon to a bookshelf near you!