Since this is my last post of the year, I thought I'd end 2016 with a book review. I recently had the pleasure of reading the book AHNN by talented author Mark E. Thomas, who pens his work using the pseudonym T.E. Mark. While I don't review nearly enough books as I would like to, I felt compelled by the premise of the story. 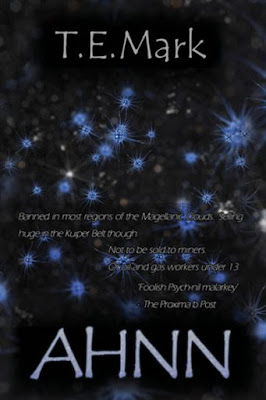 What a fantastical picture, imaginative author T.E. Mark has painted with his newest book AHNN! A unique vision of a future that could easily become reality if humans continue to obsess about nothing else but the latest technological gadgets and forget how to live without.

At the beginning of the 21st century, wearable artificial intelligence devices become en vogue and seemingly overnight the world was handed over to a network of computers named AHNN. Now, after a millennium, everyone is a computer network node, inter-connected by subcutaneously implanted units via the Augmented Human Neural Network, which is tasked with managing the world. Although everyone became super smart virtually overnight, access to information seems to have become the alpha and the omega. This future is free of violence and darkness, but it appears to be overshadowed by a certain sadness.

All goes well in this near-perfect future until the AI realizes in its infinite wisdom that it hasn’t done humanity any favours by turning everyone into nothing but living automatons without apparent purpose. AHNN decides that in order to put things right again, it needs to bring back the Sixties, also known as the “cultural decade” of the 20th century.

This insanely funny, yet thought provoking story will keep you laughing all throughout. The author took a rather controversial subject matter, added charm, intelligence, and copious amounts of humour and technical detail. Although the story vaguely reminded me of the Star Trek: The Original Series episode "Spock's Brain", T.E. Mark definitely made it his own. In this relatively quick read, uncontrollable laughter is pre-programmed! 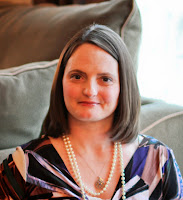 Piper is the author of several non-fiction books, and recently added her debut historical fiction novel "In the Shadow of Her Majesty" to her ever-expanding collection of published writings. When she isn't busy typing away on her computer, she can be found chasing after her furry children or holding on tightly to a good cup of coffee. Follow her on LinkedIn, Facebook, Goodreads and Google+.