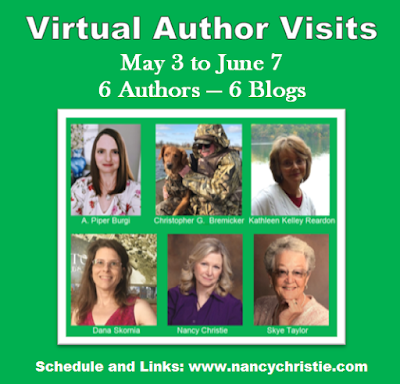 Hello Readers and Welcome Back to our Virtual Author Visits!

As you already know, from 5/3/20 to 6/7/20 I'm changing things up a bit. In addition to my weekly Wednesday post, I will play hostess to one of my fellow authors, as well as be a guest on their blogs. So, feel free to stop by each Sunday, read about these incredible authors, and follow me around as I visit one of their blogs. Join us on our blog tour, and at each stop you will learn a little bit more about these fantastic wordsmiths and their wonderful writings. You won't want to miss the fun!

Without further ado, I'm pleased to introduce to you my guest this week, author Kathleen Kelley Reardon! 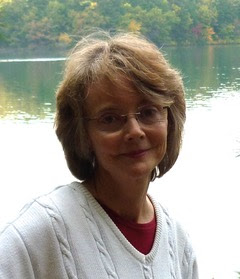 Kathleen Kelley Reardon is professor emerita of business and preventive medicine at the University of Southern California. She has published ten nonfiction books and two crime mysteries. She draws upon her research on gender issues, love of crime mysteries and knowledgeof the academic underworld for both Shadow Campus (2013) and Damned If She Does (2020). She keeps herself guessing as to who-done-it, so the reader is unsure right to the end. Kathleen is also an artist and her work is at www.paintingdoc.com and her facebook page. 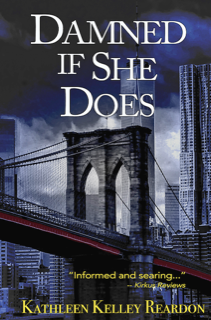 About DAMNED IF SHE DOES

Young professor Meg Doherty has long held a dark secret.  When a renowned professor is viciously murdered at a Manhattan hotel conference, Meg stumbles upon the scene and quickly becomes a prime suspect. Caught in NYC’s blinding media spotlight, gilded society and criminal underworld, Meg and her brother, Shamus, risk their lives to prove her innocence.
Forbes described Shadow Campus as a “fast-paced” and “masterful debut.”
Kirkus Reviews found Damned If She Does “informed and searing” and a “page-turning success”
Buy the book: Damned If She Does
Amazon: https://www.amazon.com/Damned-She-Does-Kathleen-Reardon- ebook/dp/B0844PJLNX

Backstory for DAMNED IF SHE DOES

Damned If She Does (2020) by Kathleen Kelley Reardon

As a child, I loved art and writing. A truly wonderful Bunnell High School English teacher, Judith Kase, saw promise and creativity in my writing and encouraged both. For five years, I taught high school English in South Windsor and Stratford, Connecticut. Having also studied communication at the University of Connecticut, my career path took me on to an MA and Ph.D. at UMass, Amherst. As a newly minted professor in my twenties, I published research papers and my first of ten nonfiction books, Persuasion in Practice (Sage). It’s still in print today. Fiction took a back seat to research and writing, tenure and promotion. So, it wasn’t until my forties that I returned to it. Experiences as a female academic seeking tenure at a business school inspired me to begin writing Shadow Campus – my first crime mystery. Publication came years later. With three children and on route to full professor, there was little extra time. But I came back to the manuscript during the summers.

I was writing Damned If She Does long before the MeToo era began. Meg, one of two lead characters, keeps a dark secret until she stumbles upon the dead body of the man who caused it all and quickly becomes the prime suspect. Four characters from Shadow Campus return in this second crime mystery, which I anticipate becoming part of a trilogy. The first book took place in L.A, the second in New York City, and the third, now partially written, will be situated in West Cork Ireland.

Kathleen: Shamus, I’m delighted that you’re here. I know you’re a private person. Let’s start there. You finally said yes to this interview on the fourth try.
Shamus: You’ve put me in two novels. I guess you could say my life is no longer my own. Besides, my sister can’t seem to shake the notion that her brother is an introvert whose love life won’t blossom until he opens up. .
Kathleen: Any other reason?
Shamus: (smiling) Maybe I’m just a little worried about what you’ll write about me in the third book.
Kathleen: At this point, I may have little wiggle room. Our readers know you as well as I do. Some tell me what you’ll do next.
Shamus: You reap what you sow.
Kathleen: Let me ask you this: You’ve stolen the hearts of many female readers. They describe you as a “diamond in the rough.” What’s your response to that?
Shamus: Detective Jeffries says any charm I might have is wasted – that I’m oblivious to women noticing me.
Kathleen: Do you think he has a point?
Shamus: I think he’s just grumpy.
Kathleen: He is that. So, tell me, in book three you’ll be in Ireland. Are you looking forward to that?
Shamus: I’m not much for travel, but my Irish roots go way back. I think we can tell Meg that I’m branching out.
Kathleen: She’s going along, isn’t she?
Shamus: Yep. She’s been there many times and loves it, especially West Cork.
Kathleen: You’re becoming quite the amateur detective. Is that something you plan to turn into a career?
Shamus: It’s born of necessity. My dream is building beautiful homes. Maybe someday a degree in architecture.
Kathleen: I guess we’ll see.
Shamus: (Smiling) Unless you want to tell us now.
Kathleen: Thank you for being here, Shamus.
Shamus: Ah, you’re keeping it a secret. I knew it.
Kathleen: One last thing, Shamus. Is Denise in your future?
Shamus: She’s in my present. That’s really all I can say.

Excerpt from DAMNED IF SHE DOES

Damned If She Does is based in New York City. As Covid-19 continues to bring great pain there, here are two excerpts reminding us of the city’s unique beauty:

When they left MOMA, it was dark and lightly snowing. Meg’s cheeks reddened from the cold; her eyes brightened. Rashid breathed in Manhattan’s icy magic. Leafless tree branches adorned with miniature white lights, obscure an hour earlier, now reached their glowing branches skyward like secondary characters boldly stealing the show. Cars and taxis moved rhythmically, cooperatively. Buildings glistened. Rainbow hued pigeons, heads bobbing, dexterously scurried and fluttered in a precarious dance with preoccupied pedestrians.
“No place quite like it,” Shamus said.
Rashid slowly nodded as he looked up transfixed by snowflakes bright against the darkening sky, some joining like starlings in harmonic formations, upward and downward, inward and outward, as if having practiced together for years …

Shamus stopped in front of the Plaza Hotel. His parents had taken him and Meg there on pre-Christmas sojourns to see the decorations and to enjoy a brunch memorable for the steaming hot chocolate poured by fastidious waiters from gleaming silver, long-stemmed pots. He and Meg had looked forward to the annual pilgrimage almost as much as Christmas morning. It was a tradition of indulgence, a harbinger of more pleasures to come, costly for his parents, but one of exquisite happiness until things had gone sour between him and his father…

Crossing the street beside the hotel brought him into Central Park. A few minutes later, he was at the skating rink. He wiped snow from a bench and sat watching skaters glide and spin as his mind wrestled with how his sister had been nearly present for two murders. He’d have to shop around for a top-notch lawyer. The one he’d found would do for tonight. She seemed sharp enough in the few minutes they’d had to talk. But things were going from bad to worse, and Meg needed a shark.

Shamus purchased a hot chocolate, held it tight to warm his hands, and breathed in the rich, sweet distraction. He watched a woman twirl on one skate in the center of the rink and then began to make his way back to the hotel. Continuing along the park, cross-country skiers were taking to the roads now nearly clear of traffic. Another hour and the city would be pedestrians only, dodging the occasional determined plow. He looked up to find where John Lennon had lived and tragically died. Snow caressed the park trees, bordered and bejeweled the stone bridges, here and there spinning in mini tornadoes, as if this was perhaps its final show before bequeathing the stage to the colors of spring.

He shivered. The temperature was dropping. Reality was creeping back. His phone pinged: Meg texting that she’d meet him at the hotel. Couldn’t stay there another minute, she wrote. Okay, he texted back. See you there. He’d planned to talk with the lawyer, but that would have to wait. Reaching the edge of the park, he looked back one more time to watch children rolling in the snow beneath street lamps, young adults making snow angels, throwing snowballs and playing Frisbee. Someday, he thought, on a night like this, maybe, just maybe, I’ll bring someone special here.